I recently discovered my love of ginger ale.

But that has nothing to do with this post haha.

SATs are in less than 2 weeks! Which means i need to seriously need to start studying hard, especially since midterms are in 2 weeks too D:

On the bright side, it's been snowing lately ( but we didn't get a snow day -_-) and my sister loves snow.
While i was at school (which i shouldn't have been at) my mom and sister built a really cute snow man 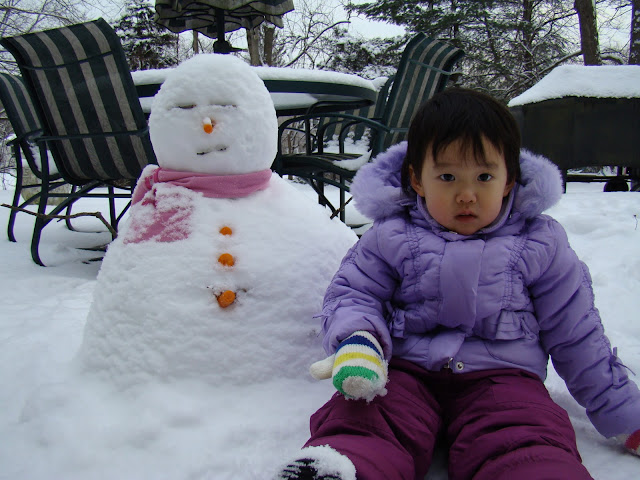 How adorable is that? It's like half a snow man actually haha, and it's either sleeping or just stereotypically asian

Other updates with my life include the start of indoor drumline (which sucks) and more college talk (which also sucks).  Yesterday i had a meeting with my guidance councilor and dad about college admission and crap.  I realized that my GPA is a piece of SHIT and that i need to raise it by .4 points atleast which is literally impossible even if i get A's in every subject (which also isn't happening).  My plan B is to become super duper good at art so even with an average GPA they can't refuse me >:)  But doing that is way harder than just saying it (duh).

Also i decided to add a new tab on the top of the page if you haven't noticed.  From now on if i have any random doodles or sketches they'll go there.  There probably won't be any entries there until i'm done going through hell with midterms/SATs.