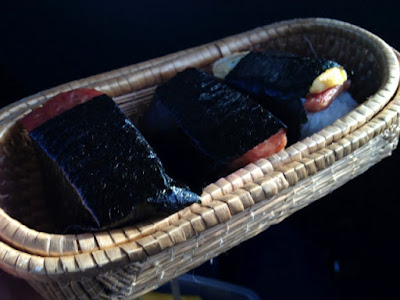 Sunday the 15th was our last full day of Japan.  It felt like we had just gotten there, and it was already time to leave.  I showered, packed, left a goodbye note on the pillow, and took one last look at my room before sliding the paper door closed. Before leaving, we scrambled to take a picture in front of the sea.  Fukui is truly beautiful, I miss it so much! For breakfast I had delicious egg, sausage, and rice onigiri. I ate in the car since we were running late (story of my life) and after saying goodbye to akari and okaasan, we got in Kitagawa sensei's car and made our way to the station. After restlessly standing around, we took a group picture and got ready to take the escalator to our platform.  Shizuka bought a pass so she could come up to the platform to say goodbye which almost set off my tear-producing glands, but I managed to hold it together.  Before long we were inside the train, waving like crazy and watching fukui disappear. 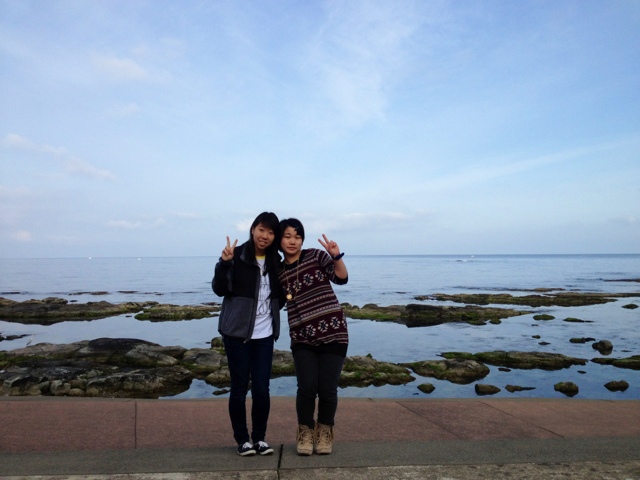 Once we arrived in Kyoto, we grabbed lunch at Mossburger (chicken curry burger and melon soda yumyum) before setting out for the first place of the day 当時 (Touji Temple) which consisted of a beautiful garden with a giant pond, and large temples filled with different buddha statues and generals. On one side of the pond was a giant pagoda, the largest in Japan. Then we went to 三十三間堂 (Sanjuusangendou) which is a long temple hall, housing 1001 buddha statues: 500 life sized ones standing on each side of a gigantic seated buddha.  It was mind-blowing to see rows upon rows of these statues, each with a billion arms (not really) holding a billion things (not really). Sadly we were not allowed to take pictures inside, or else I would've spammed this post with pictures of that place. We returned to downtown Kyoto and met up with Courtney's exchange student from two years ago, Kaori, for dinner.  She took us to a delicious noodle place where I got chicken curry udon (see the pattern?) Sadly we didn't have enough time, and I had to scarf the whole scalding thing down. As soon as I finished, Natalie and I ran to the nearest elevator and literally sprinted out the mall, all the way back to the hotel.

At night we went on a hike up a mountain, through thousands of shinto gates.  It was the Fushimi Inari-taisha which is the main shrine honoring Inari, the Kami (God) of fertillity, industry, and argriculture. It's also closely associated with kitsune which are foxes, so there are usually stone foxes at the entrances of the shrine wearing red bibs.  Climbing the endless flight of steps was pretty surreal. Everything was dark except for the gates which were illuminated by the overhead lamps. We walked until the burn in my legs faded to a dull throb.  I can't really describe how I felt, but it was kind of a calm, satisfied feeling. Maybe that's what meditation feels like.  I reflected on everything that had happened and kind of just took it all in. Eventually we came to a clearing, and when we turned around the whole city of Kyoto was underneath us.  In the dark, it looked like a giant puddle of stars, or maybe I'm just romanticizing it. Regardless, it was a really fitting end to an unforgettable trip. 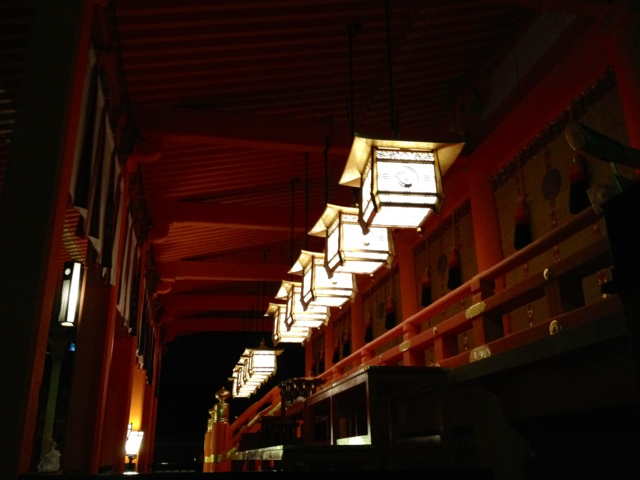