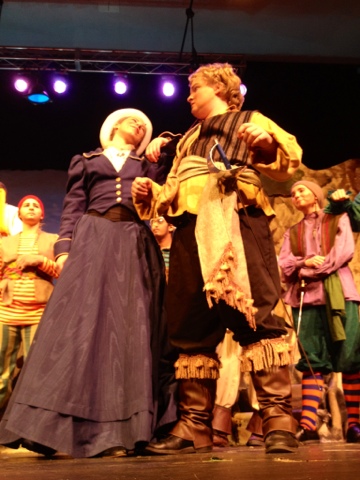 Well, production week started two weeks ago, and our last show was exactly a week ago.  Ahh I've been so busy that I haven't had any time to update at all! So much has happened recently, so I'll try my best to remember what happened during production week haha. At first I was sooo bad! Oh my god it was actually embarrassing how awful I was.  But eventually I got really comfortable with the music after listening to it a billion times on repeat and practicing after school.  Monday through Wednesday was pretty intense.  Run the show from 5-10 after school, but on the bright side, they provided us with a lot of delicious food :) Thursday was our dress rehearsal which went by pretty quickly and smoothly.  Friday was opening night!  Holy crap I was sooo nervous standing there before the show, looking out at the sea of people.  For the past three years I've manned the spotlight in crew, safety tucked away out of everyone's sight, sitting in my little spot up in the catwalk, but this year I had to stand in front of everyone in the pit, right in front of the stage.  Haha if I could barely do that, I can't imagine what it must feel like to actually be on stage! I'd probably faint from fright, which is saying a lot since I've never fainted before in my life. But that's beside the point.  Anyway, it went pretty well! After the show, two former drumline guys came to congratulate me and victor on a job well done.  They're both sophomores in college now, and I was surprised when one of them hugged me.  I had the biggest crush on him a couple years ago when we went to school together haha.  Then we went to TGIF's for food since we were starving, and I got this delicious spinach bread stuff and chicken with tomato and mozzarella.  I was going to post more food pictures on here, but I decided that pictures of the show would probaaaably be more exciting (though I did include a picture of cookies from the cast party). I got a ride home around 1 am, and didn't realize that my car was still at the school until they were driving away, so I had to call and ask them to come pick me up and drop me off at the school haha, I'm so stupid. -_-.

Saturday night's show went smoothly, and afterwards was the cast party!  We loaded up on pizza and amazing seven-layer dip before realizing that we should've saved room for dessert. :\ oh well.  It was pretty hectic with people singing kareoke and dancing around.  Let's just say it was pretty obvious who was in the cast and who was in the pit and crew.  I left semi early and went with some people to Wendy's at midnight haha.  It was pretty awesome since I got to stick my head out of the sun-roof while we drove.  So illegal, but it felt fantastic.  Now I know why dogs are always sticking their heads out of moving cars.  Sunday's show was kind of bittersweet.  The whole musical affair started off as a giant pain in the ass, mostly since I couldn't follow the music at all, but eventually it grew on me and I was sad to see it end.  So I gave it my all on the last day and I think I did the music justice :). Also Mr. N wrote us all an individual note, and mine said that he was going to miss me so much and how he respects me.  I tucked it into my letter box along with my good luck notes from my parents and Nicole and CC! Thanks again guys for the encouraging "Don't mess up, we're watching".  It really warmed my heart right before the first performance haha. After the performance on Sunday I had to scramble to move stuff to the band room since my Japanese exchange student was waiting for me to finish.  She slept through the whole musical I'm pretty sure haha.  Anyway, I thought the musical was a great experience and I'm gonna miss it :(.  Now onto the next blog post about the Japanese Exchange! 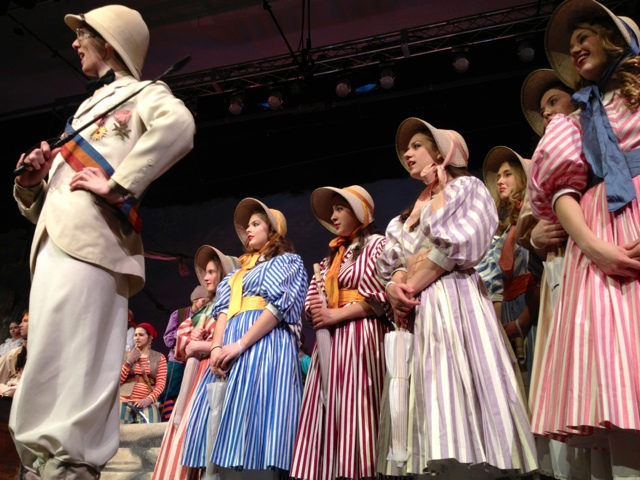 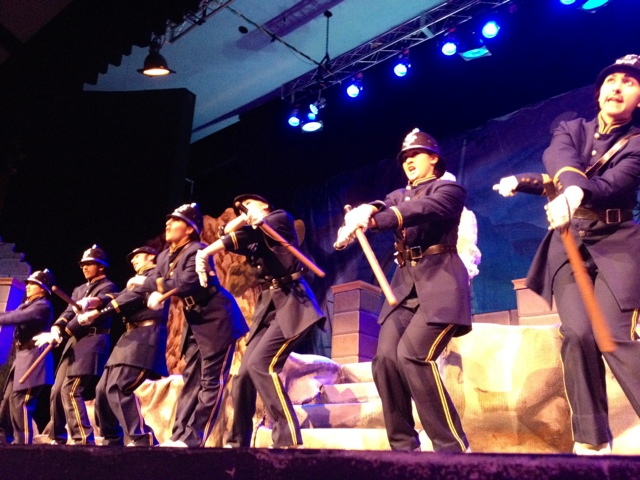 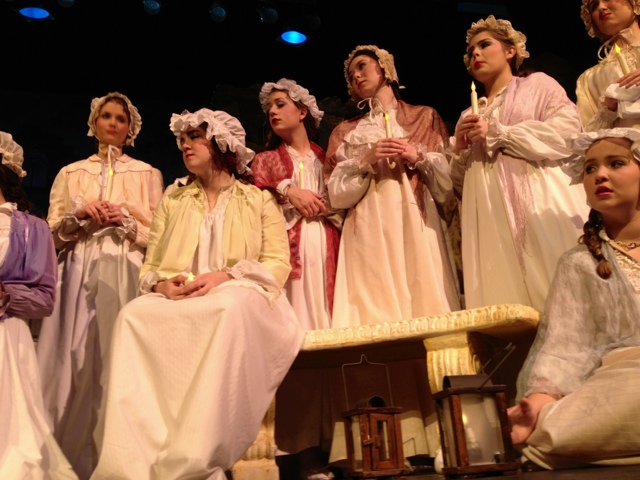