Holy crap I don't even know how to start this post.  I really need to make blogging more of a habit so I don't end up sitting here trying to remember everything that's happened in the last ten days.  It might not sound so difficult, but with my pathetic memory, it's pretty hard to do.  Anyway, last weekend we had an indoor drumline competition.  The school was so freaking cool.  The walls were covered in giant murals of paintings by famous artists, many of which I knew (to my surprise. I guess Mr. V's art rambles really did rub in).  Like holy crud, why can't our school be that cool?  I'm president of the National Art Honor Society at my school (which is kind of a joke) and I've been trying to get our supervisor to agree to some murals in the music and drama wing of our school.  I am so bringing these pictures in to help persuade her.  Our walls are so naked :( it's embarrassing. Anyway, some highlights of this week include eating subway for the first time in my life.  I got chicken teriyaki with sweet onion sauce and it was pretty delicious.  Also, it was free cookie day, and the raspberry cheesecake cookie I got was heavenly.  Thursday after indoor practice, we went to this new froyo place that just opened in town on that very day.  It was deliicciouuss.  That saves me many trips in the future to the next town over cuz we have our own frozen yogurt place now.  So ha, take that! On friday, during lunch we drove to Wendy's (I know, how bad ass right?), and I got some chili, yum yum. Then for dinner, we went to that Japanese place again, and I got to try green tea ice cream tempura for the first time! It was gigantic and oh so perfect.  Lol is it sad that like 4 out of 5 highlights from the week involve food? Also, on wednesday there was a reception for an art show (that I won 1st place in for colored pencils!) so I went to that and got to look at all the amazing art.  I took way more than this, but I limited myself to posting only(?) three. 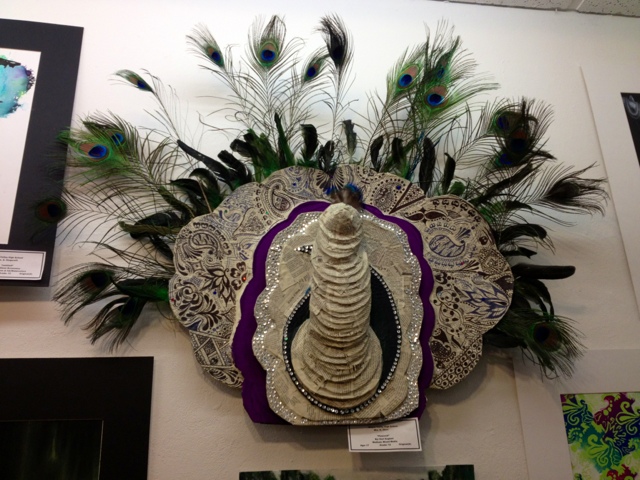 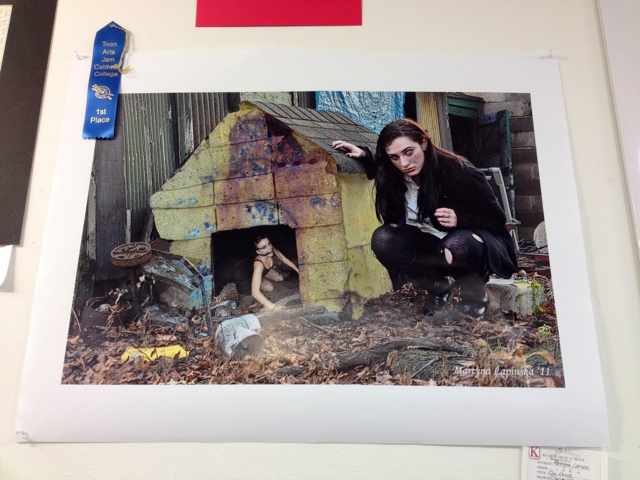 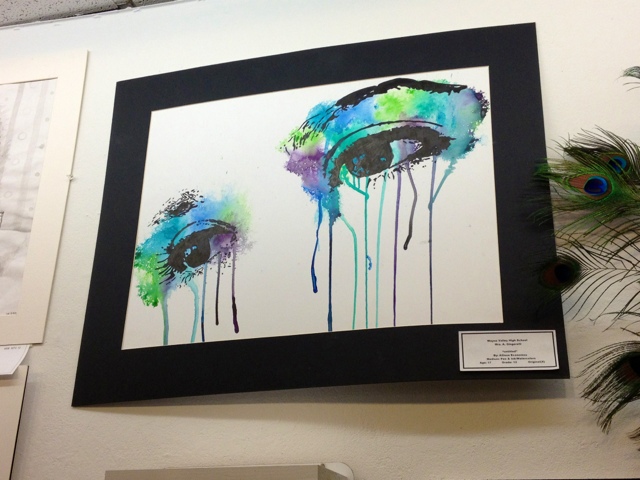 Then yesterday we had another indoor competition....and it was 2 hours away fml.  But we made it there in one piece and gave a semi shitty performance, before driving another 2 hours home. Oh the horrors.  I spent alot of time playing this awesome new game on my iphone called "draw something".  I think I have an obsession complex. Whenever I get hooked on something, I get really hooked on it for a while, until I move onto my next obsession. Anyway, "draw something" it basically like pictionary.  I get a word, draw it, and then my friend guesses it and draws me something back. Alot of people complain to me that I spend way too much time and effort on my drawings, but hey, haters gonna hate. After the competition we went to the diner, and with the help of my fellow drummers, constructed the masterpiece that you see below.  Isn't it beautiful? Today was a somewhat chill sunday. I went to the mall with my mom to return some stuff wearing my trusty new cross-body black coach bag.  That's right, coach. I received it yesterday in the mail! A graduation present from a family friend. Pretty sweet, huh? Then in the afternoon we had a short shalom practice.  One of many to kick off the week!  Our show's on friday! So many things to look forward to in the coming weeks.  Next friday's production week for the musical, which means rehearsal everyday after school until 10pm for the cast, pit (me) and crew.  I still need to learn my percussion parts! eeep! Then as soon as that's over, the Japanese kids are coming! I'm hosting a girl again, and she recently emailed me...which reminds me that I need to email her back. I can't wait! And only a few weeks after that....JAPAN.  Just a warning, major blogging will ensue  in the next month, accompanied by massive picture spam. And after that is MIT preview weekend, and then Death Cab for Cutie concert, and then prom, and then prom weekend, and then graduation! But that's getting a little too far in the future.  I really show focus on making it through this week first. Busybusybusy.  Good night! 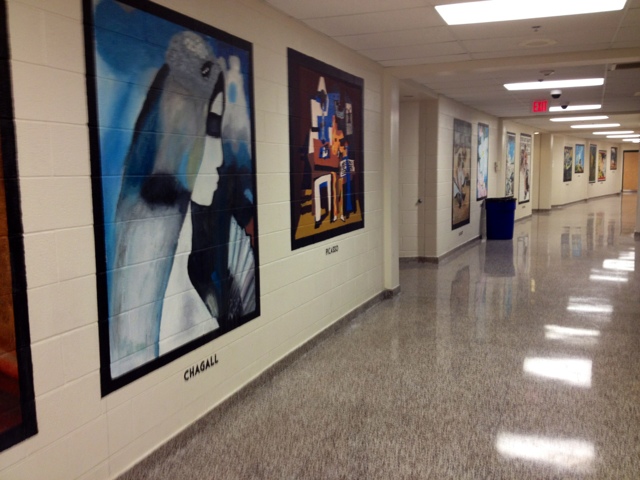 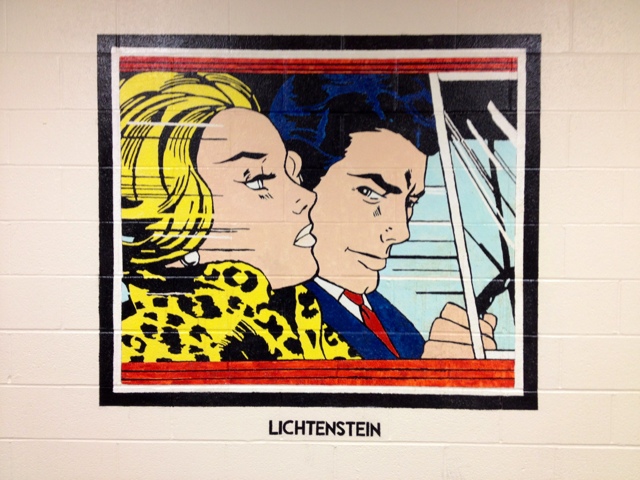 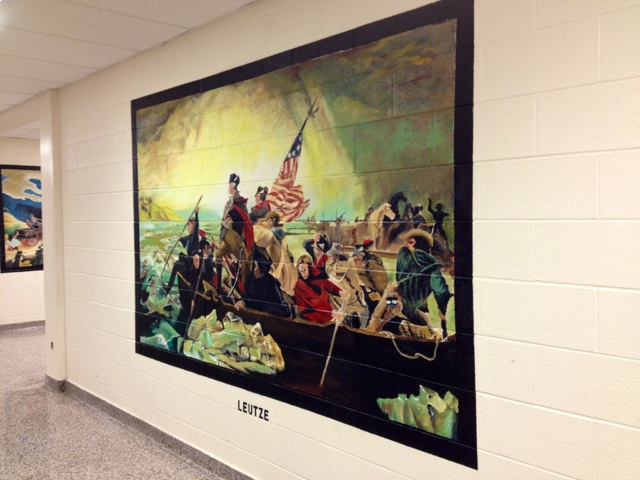