End of an Era

Soon senior year started coming to a close. Senioritis was in full swing, but somehow we were still getting a lot of work. In Japanese we labored over the Japanese 4 movie (it's a tradition that every year the senior class makes a movie to show everyone) Since Mitchell was leaving, we made it into a more-or-less accurate representation of his life thus far, dubbing it "The Chronicles of Lightning Mike". Some how, the planning and direction of the movie got dumped on me, and the process of making it was very painful.  On most days I was not in a very good state of mind haha, but we all pulled through in the end. I'm especially thankful to my friends who stayed late with me to try and finish it on the last day. That in itself was a shitfest, with technology failing us every step of the way. In the process I lost my faith in macs (but I can't wait to get a MacBook for college lol) and said "I hate everything" a few times too many. However, the midnight madness editing team powered through, and I thought the movie actually turned out really well! Also I was working on this pain-in-the-ass clay sculpture for art that I still haven't finished haha. I told V I'd definitely go in during the summer to work on it, and it's already been almost a month haha. Maybe I will go in next week sometime. Maybe not. 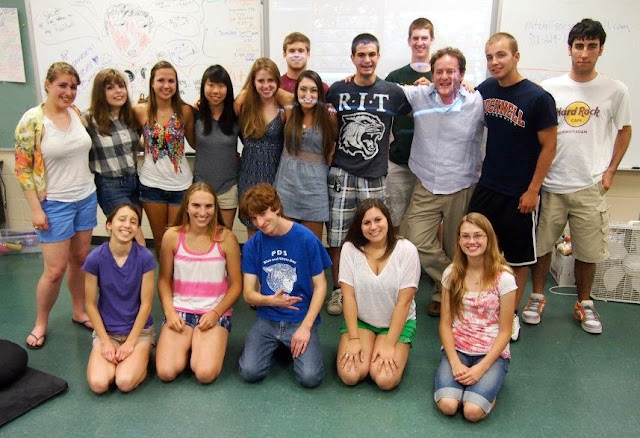 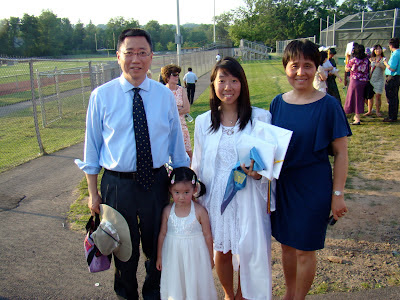 The last day of school was weirdly surreal. I still don't think it's hit me yet that I am never going back to high school. Maybe it won't hit me until fall when I get ready for college. In any case, we received our caps and gowns and were soon walking up to the platform, shaking with our right, and receiving with our left (which I am told I messed up on). It was a furnace on the turf that day; by the end I was covered in a nice shiny layer of sweat. We took some nice sweaty pictures and went home to change. After dinner, we regrouped at the school to get on buses bound for project graduation! By 3 am we were caked in several more layers of sweat from all the running around. In the course of the night, we played basketball, soccer, volleyball, butts up, cards, and watched a hypnotism show. When I got home at 4 I was still somehow wide awake and took the best shower of my life. Then I played video games for an hour and went to sleep at 5 lol.


From there on out I mostly just lazed around all day, getting a good 12 hours of sleep daily.  I went to a bunch of graduation parties and some birthday parties, hit the beach a couple of times, tubed down the delaware (which was kind of awesome but I got pretty impatient with the slow current. Also had a creepy encounter with a half chinese half thai man who latched onto my tube...), was slightly more productive with my art, took an essay test for MIT (in which I didn't sleep until I finished the essay 7 minutes before 1pm AKA the deadline),  learned how to make mochi, watched a video on sexual assault and had to take two tests on that (scored a 50% on my pre-test. whoops.), saw some amazing fireworks, ate a lot of junk food (whitecastle for the first time since I was 4!), watched the new Spiderman and Batman in theaters (both were great), actually went in to the school for two weeks and finished that goddamned sculpture (yeah... alot of time has elapsed since I first started this blog post), finally got off my lazy ass and went to the DMV to get my big-kid license, tutored twice a week, went to Cincinnati to see the World Choir Games, bummed around with kaykay (a little too much), and that brings up to the present, my graduation party which was yesterday.
The world choir games were absolutely amazing! The drive all the way out to Ohio was a pain in the ass (I got to drive for part of it though) but it was worth it.  The opening ceremony took place in the US Bank arena and it was completely packed.  Choirs from all over the world were milling around wearing cultural clothing and speaking in languages completely foreign to me. It was AWESOME.  At one point the whole stadium was singing together which was pretty crazy, and then there was a wave that went all the way around...over and over and over and over again.  I don't think anyone knew how to stop a wave that big haha. Over the next few days I got to see some insanely talented groups perform in the Young Male Choirs, Popular Choral Music, Mixed Youth Choirs, and Folklore categories.  Some groups were so powerful and just filled the whole auditorium with their voices melted together to create this one full sound.  I got goosebumps listening to them perform.  My favorites were a group of Lithuanian girls, a mixed choir from the Netherlands, and a group of highschoolers (jr. highschoolers?) from China. Watching them made me wish I could sing and move people like that.  Oh right, I forgot to say why we went there in the first place! It was because my dad's chinese choir was participating in the folklore category, so we went to watch and cheer them on! I'm so happy I got to go and experience all of that amazing music :) 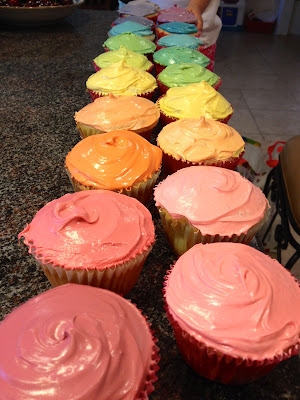 Anyway, yesterday we spent the whole day cooking, cleaning, cooking, setting up, cooking, and cooking.  I worked up a sweat peeling, chopping, stir-frying, and rolling spring rolls. Thank god courtney helped me make cupcakes and paper flowers the day before! Or else yesterday would've been even crazier trying to get ready! Eventually people started arriving, but before long the rain started to come down, so cursing the weather, we grabbed the food and ran for cover. It was a little hectic with my friends and more than 10 other families there, but we somehow made it work. People seemed to enjoy the food which made me really happy :) Although I actually fought against the party at first, I'm really glad my mom made me have one in the end.  And I'm also really grateful for all the crazy planning she had to do! She's legit been running around all week trying to make everything perfect down to the last detail. I was also really happy that Ed came; I hadn't seen him in ages, and I even got to meet his girlfriend who was really nice (and healthy! she's a vegan). There was a little clique-ing going on, which bothered me, but I guess it's unavoidable. Also my sister was so good! She was running around the whole time with all the other little asian children, and they were almost unbearably adorable. The presents that everyone picked for me and their cards made me really happy too - I love reading cards, is that weird? Anyway, I'll definitely be getting a lot of use out of all of my presents (except for some whitecastle coupons...), even the Buddhist meditation bowl that Sarah bought from a Nepalese woman at a flee market.  I love my friends :)
Posted by Sonya at 12:16 AM