Ahh I completely fell asleep last night on my phone right before I was about to blog! We're on a train bound for Kamakura so I thought I'd take advantage of the hour-long ride and catch up. So yesterday was the first full day of Japan! It was absolutely amazing! I started the day off right by making a trip to the local konbini (convenience store) and got myself a cute cake sandwich with red bean paste and cream. It was deliciousss. I also bought my first onigiri and ate it on the train ! It was filled with spicy veggies and meat. Since then I've had two more (salmon with mayo and dried salmon) both of which were also amazing. The first place we went to was Ueno for a famous cherry blossom park. It was so beautiful and packed with picnic-goers and tourists. We got to do this water thing where we took a little cup with a long handle, filled it with water from a fountain, and then poured it onto our left hand, right hand, and then back into your left to drink it. The lady in front of us spit it out, and that seemed pretty legit, so we followed suit. We also got to pour water on a little Buddha's head and pray. Afterwards we wandered around and got to take pictures with these Japanese hippies. They were lounging around with booze, and this one guy had dreadlocks, so I went over and snapped a pic of them. They posed for me and then beckoned us over to take a pic with them haha. We also got pictures with some other random people. We ventured across a street to a long walkway lined with food stalls. The air smelled sooo good! We took a leap of faith and tried a stick of grilled octopi. It was so scary to look at since you could see every little suction cup on their tentacles. I'm not sure if I enjoyed it, but at least now I can say I ate a whole octopus off a stick. 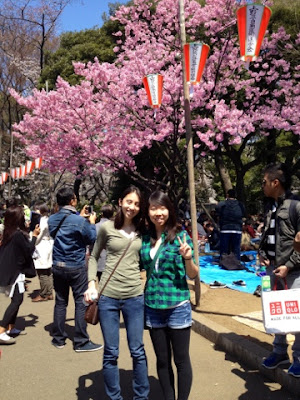 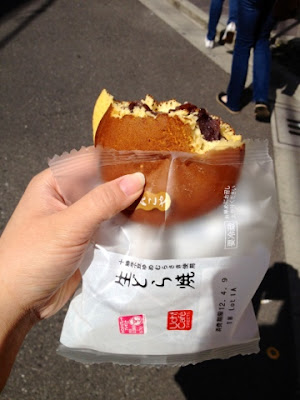 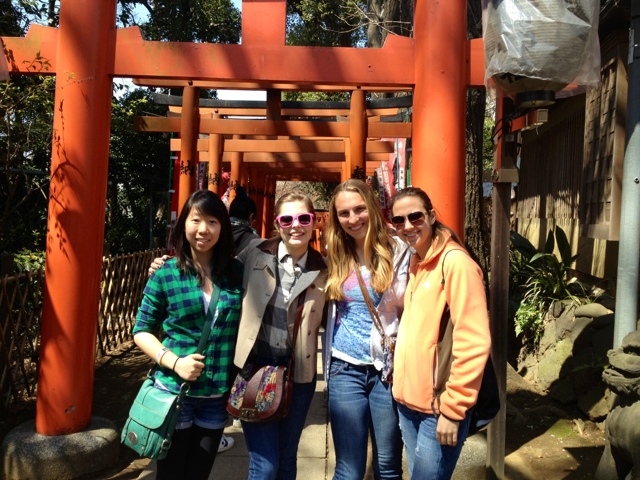 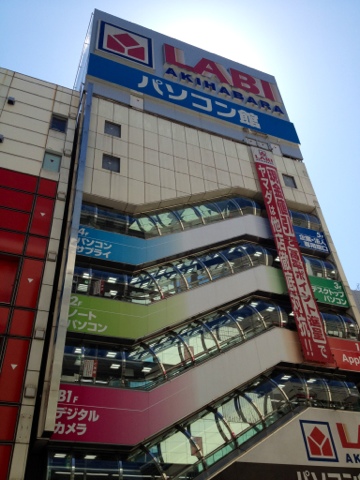 Then we hopped onto a train for Akihabara, the electronics district! After yet another delicious meal (this time curry rice) we explored some stores and looked for an arcade. We thought we found one and walked straight into a casino. It took at least a minute in that smoke filled confusion before I realized that it wasn't even close to an arcade and we hurried out. We also ventured into some underground place filled with people who were duking it out with cards (yugioh-esque cards, not regular playing cards). After that we finally found an arcade and managed to waste some money on a crane machine. Next we went to Harajuku! It was jam packed with (a lot of really attractive) people. I was looking forward to seeing the crazy cosplayers that I've heard so much about but I only saw one or two that were out of the ordinary (and I managed to snag a pic of one!) , for dinner we had 回転寿司 (kaitenzushi). It's sushi on a big conveyor belt! We just sat there and grabbed a plate whenever we saw something we wanted, it was fantastic. Then we met up at Condomania (the condom super store) so we could catch a train back to Asakusa. We explored a bit before we had to get back to the hostel. We saw some big Buddha statues and went to a playground that was apparently chained off. Whoops. We also found another arcade ad played a couple rounds of taiko drums! That was mostly it for yesterday....l'll write about today, tomorrow. Good night ! Oyasuminasai! 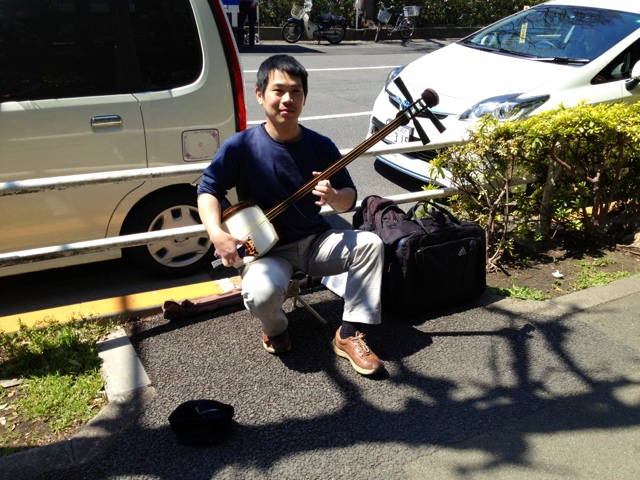 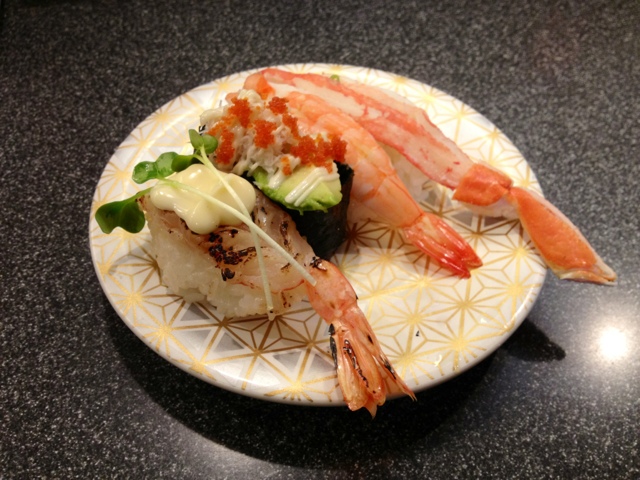 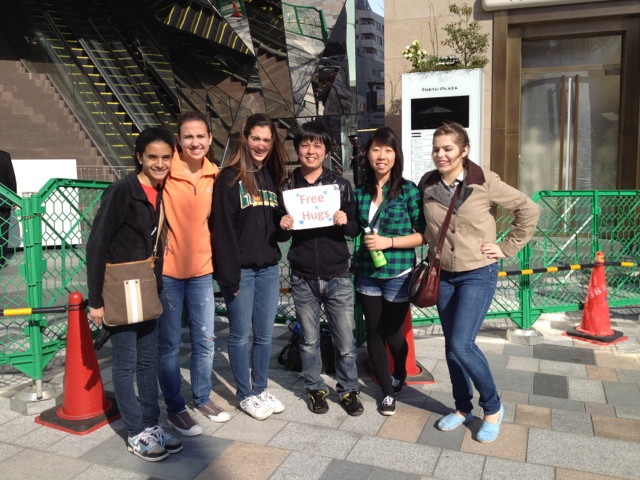 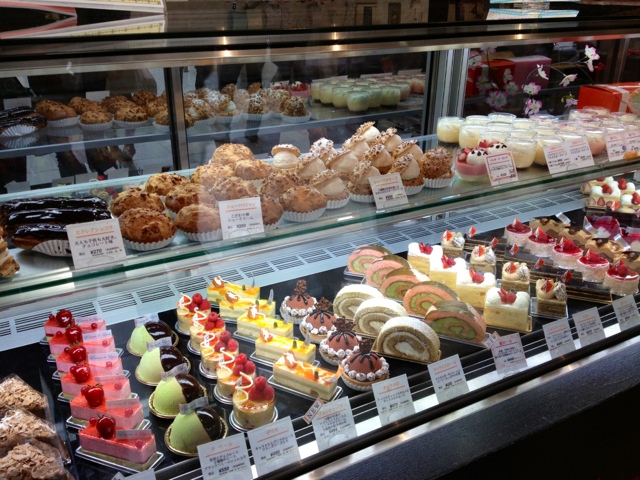