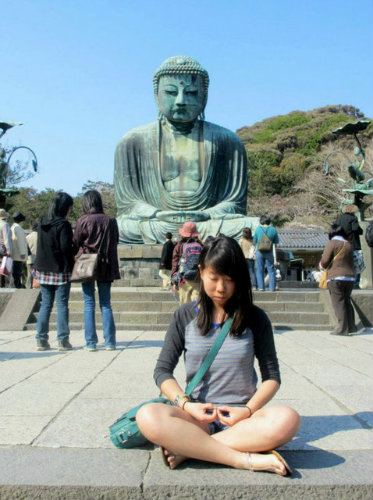 Today we went to Kamakura to see old temples. The first place we went to had a ginormous green cast iron Buddha. We swarmed the place snapping pics like crazy, and we even got to go inside the giant Buddha! Afterwards we got ice cream (green tea, macha!) and walked to hase-dera temple which was on a giant hill filled with different kinds of flowers. The flowers weren't in bloom yet, but it was nevertheless breathtakingly beautiful. There was water flowing from bamboo shoots and koi swimming in the pond. We spent a few minutes following this particularly fat one, trying to get a good picture. Before we ascended the steps leading to the temple, we went into a cave filled with little statues that you can buy. I put my 300 yen in the box, wrote the names of my family and extended family, and jotted down wishes for their health and happiness. Then I found a nice nook in the wall for it, and we exited the tunnel. We walked up the steps (making sure to keep to the left!) and ended up on a landing filled with rows upon rows of little stone Jizo statues. Jizo is the protector of children and each statue represents one unborn baby. Mothers who miscarry or loose their baby early in life can come to the temple and place a stone Jizo among the thousands that already exist. It was both depressing and awe inspiring looking at those statues. 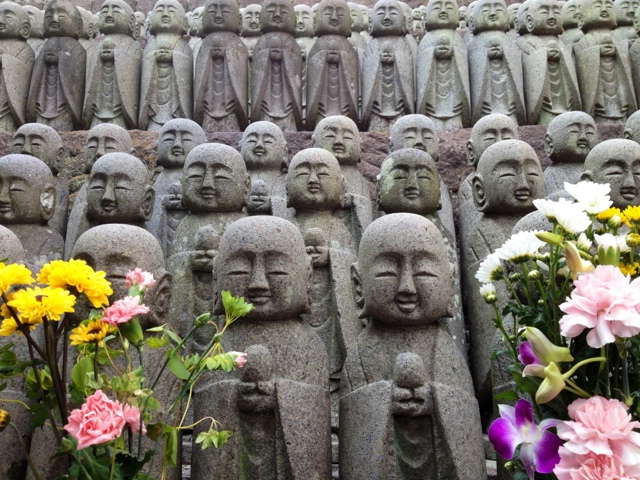 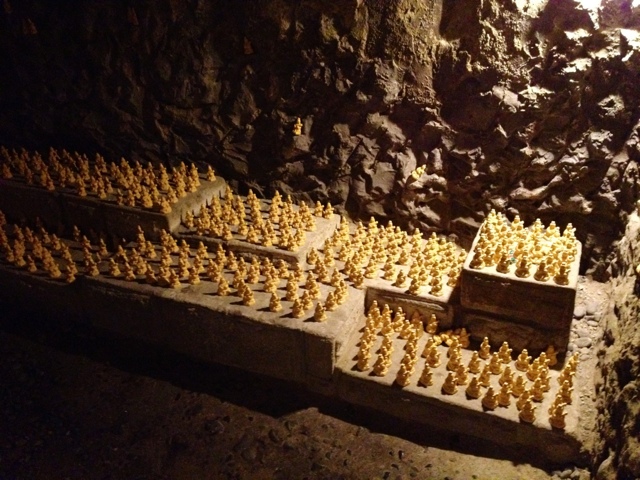 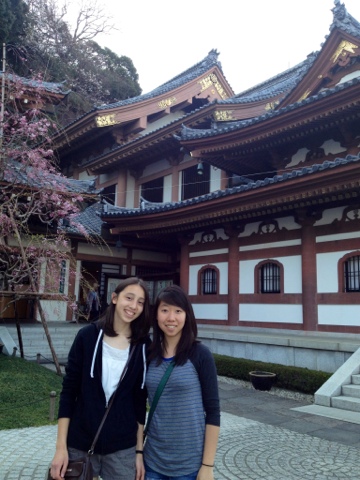 Eventually we got to the main landing with the beautiful temples that housed two gigantic gold Buddhas. Sadly we weren't allowed to take pictures, but take my word for it, they were awesome. After climbing yet higher and getting an amazing view of the town and shore, we descending a billion steps and headed back for Tokyo station. I bought peach water from a touch screen vending machine (!!!!!) and it was so delicious that I drank the whole thing in a matter of minutes and screwed myself over for the hour long ride back. Halfway into it, I had to pee really bad and spent the last half hour concentrating on not exploding. Finally we made it to the station, and I made a beeline for the nearest bathroom. Lucky for me, there was only one western style toilet (the others were the Asian squat kinds) so I held it for a few more minutes before taking the longest pee of my life. It was great. Anyway, we finally made it back to Asakusa. We grabbed dinner (after walking in and running out of a smoke filled restaurant) at a cute noodle and gyouza place. I got a big bowl of tantanmen which is the Japanese equivalent of dandanmien. It was different, but oh so delicious! I ate the whole damn thing and drank all of the spicy soup too :) my stomach was not too happy with me. Anyway, then we headed back, snagged some wi-fi, and called it a night. Somehow in my sleep I managed to do a 180 even though I was on the top bunk and it was minuscule. I'm just glad I didn't fall off. A successful day 3 I'd say. Ja mata! 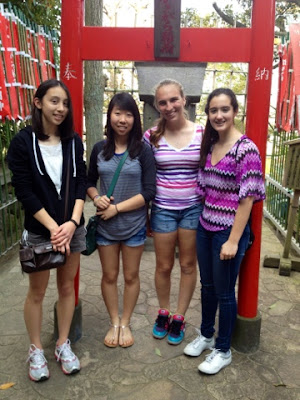 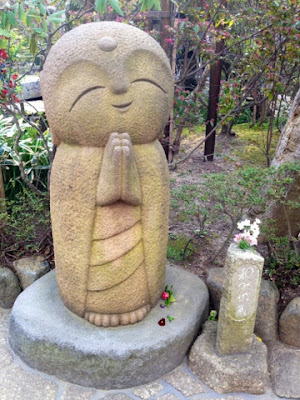 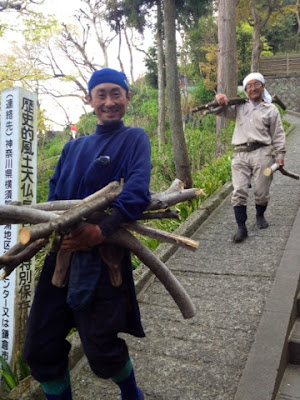 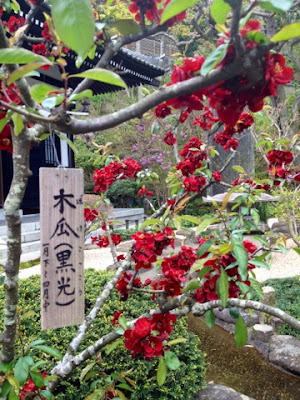 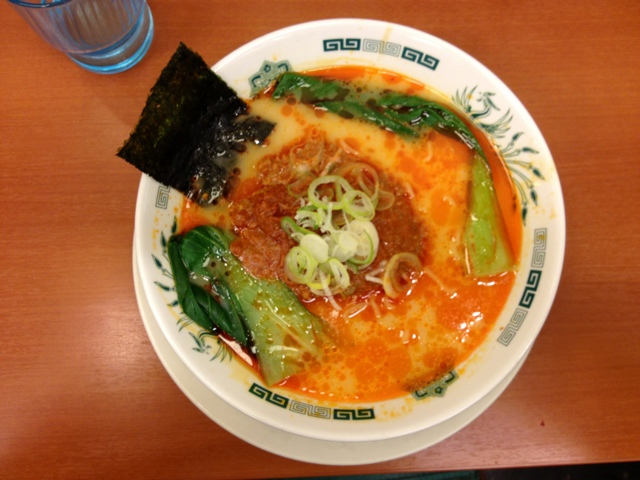 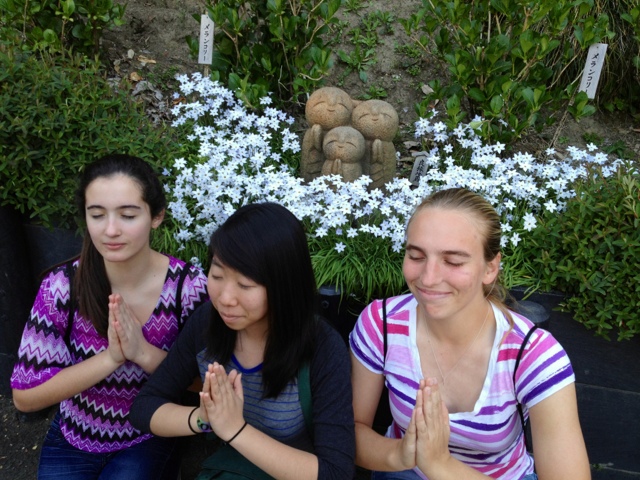