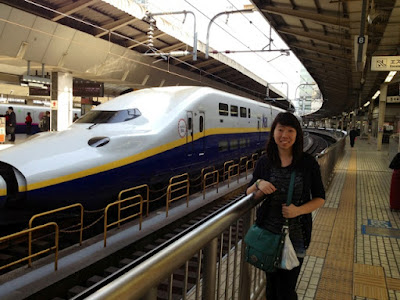 Guess where I am right now? I'm on a Shinkansen! That's a Japanese bullet train! They go at approximately a million miles per hour and are really nice on the inside. Nothing really happened this morning. I woke up at 5 to take my morning shower before we set off for KYOTO at 7! Getting to Tokyo station was a struggle during rush hour with all of our luggage, but somehow we managed to not get swallowed up in the sea of people. Lugging suitcases up and down stairs was a pain in the ass and I legitimately worked up a sweat haha. Okay I really want to eat my obento (super cute boxed lunch) now. I'll blog about our adventures in Kyoto later!

Guess where I am now? A bullet train! Again! This time to Hiroshima. But I should probably take this time to finish up Kyoto day one. So after getting off the Shinkansen yesterday, we hopped on a bus that took us to our hotel. Turned out they didn't have any rooms ready, so we ditched our luggage in the lobby and took a trek around Kyoto. We saw loads of people wearing traditional yukatas so I sniped a bunch of pictures. We also saw two women who were completely made up with white faces and red lips so we asked them if we could take pictures with them. After walking around on the streets, lightning Mike led us to this awesome hill with streets completely jam packed with people and lined with tourist traps. I bought my parents these two really cute stone Jizos (protector of children). And a necklace that we got engraved with "日本 2012". A lot of shopping, two ice creams, and one cucumber on a stick later, we arrived at the top which was another temple. The cherry blossoms were beautiful, and we walked around just taking in the view of the city beneath us. Right before we left, we went to this place that had three streams of water coming from the mountain. It's supposed to be the purest water and you wash your hands and then drink it. In order to gather the water we get these long sticks with cups at the end. It was pretty awesome. I followed lightning mike's lead and drank directly from the communal cup. The water was cool and refreshing, and it did not "taste like chicken" like mitchell had said. 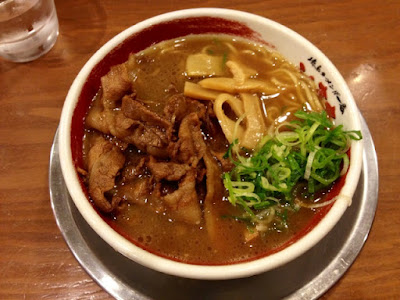 Then we headed back to the hotel and at this point I had a really intense stomach ache. Actually I'm not sure if it was my stomach, it was more like a pain in my abdominal region, but moving on. We finally made it back and I laid on my stomach for a good 45 minutes and felt a little better. Then we went back to the Kyoto station and climbed the giant staircase to the 8th floor for some ramen. I shoved my 肉入り down like my life depended on it and effectively brought back my stomach ache. Did I mention that I have an obnoxious cough too? Needless to say, I was beyond relieved when we opted for karaoke instead of a 3 hour hike. Karaoke was fantastic, but I didn't sing. I sort of regret that now, but I had a lot of fun singing along and obnoxiously shaking one of the tambourines they provided us with. We took a scenic night route back to the hotel and I literally crashed. I woke up at 2:30 still in my clothes and contacts haha. So I took a (disturbing) look in the mirror, took my contacts out, and re-crashed. 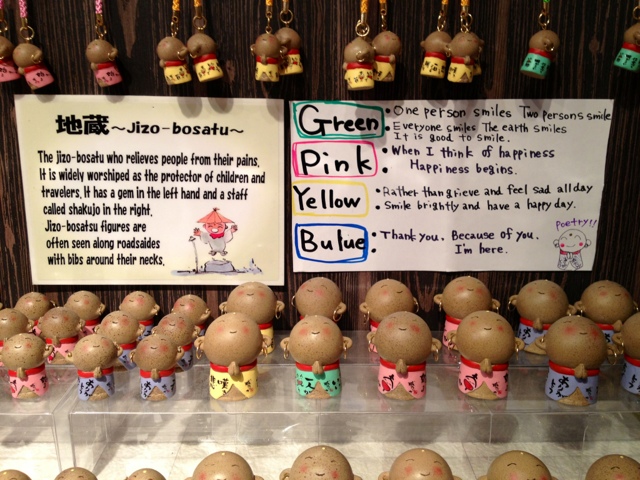 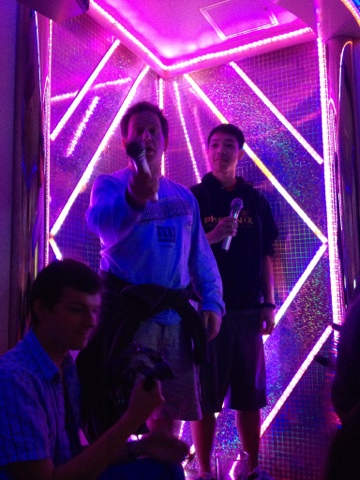 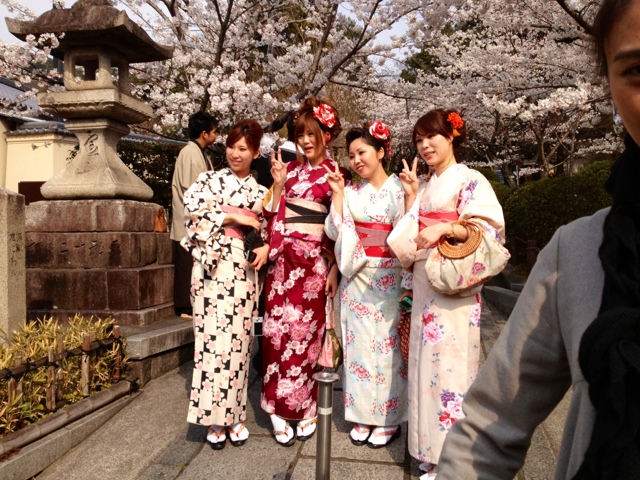