...I could write it better than you've ever felt it :)

Oh how appropriate because i'm writing my blog.  Incase you're confused, that's a line from "Hum Hallelujah" by Fall Out Boy (AKA my favorite band in the world).  I almost used "Sometimes we take chances, sometimes we take pills" for the title, but I felt like that would've been really misleading.  So I didn't.

Anyway, my blog is officially 1 year old!!  Technically it turned 1 on the 19th, but being the bad mother I am, i forgot.  So happy belated birthday!

Moving on.  Friday was an away game at Bound Brook!  It was absolutely pouring so it was made optional weather (haha get it) we wanted to go or not.  Being the idiot that I am, I went to the game.  Holy crap it was awful.  Our raincoats didn't do shit to keep us dry.  Somehow the inside got wet, so I just took it off and braved the downpour.  It was kind of cool though because our bass drums would gather so much water so whenever we played, the water would shoot like 3 feet in the air.  Long story short, we kicked their sorry asses, 47-6.  How embarrassing.  Later I was thinking about why I like marching band so much, and I decided it's partly because it serves as an excuse for me to get out of my house.  How sad. This weekend I barely went out because my parents claimed that I have sooo muucchh woorrkk.  Needless to say, I didn't do anything.  Ohhh but tonight I managed to break out for an hour to go to Red Mango (the love of my life) with some friends.  I am obsessed with their white peach, it's kind of a problem.  They also got apricot recently and it basically tastes the same as white peach, so i guess i am obsessed with that too.  Also a problem. 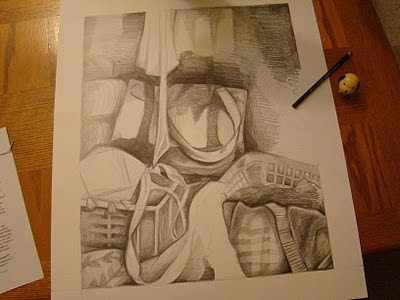 So today I spent most of my time being bored out of my mind and simultaneously attempting to do my art homework.  This week's assignment is to draw the inside of a closet.  It sounded like a pretty interesting assignment until i realized that every closet in my house is the epitome of neat and boring.  In the end I picked my almost messy closet.  I actually had to add some stuff to make it look messier, but whatever.  Here it is in its half-finished glory.  I kind of hate it lol.  Everything is so bland and it's hard to distinguish all the different objects.  (Btw, like my puppy pencil sharpener? Got it in china haha)  Hopefully I can fix that tomorrow cuz it's due on tuesday!  The only problem is that I have marching band tomorrow night, and then a chem test on tuesday that I desperately need to study for.  Seriously, I have no idea what the hell is going on in that class.  Oh senior year. 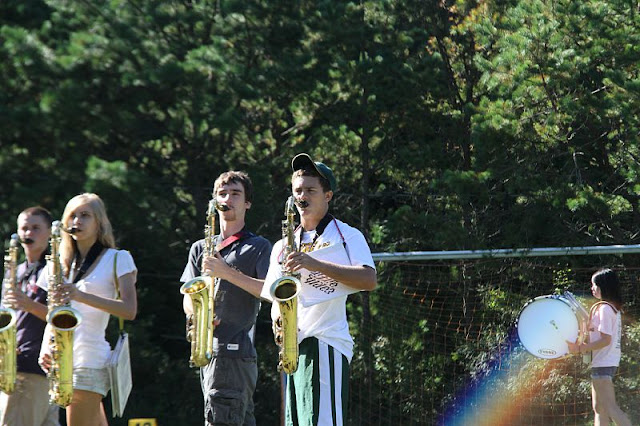 Here's a picture that I found extremely amusing.  It's from band camp!  See me in the corner?  How magical is that ?!  Anyway, I need to go read like 123948 pages for Doc Hen and then study for my psych test tomorrow.  Ha. Good night !